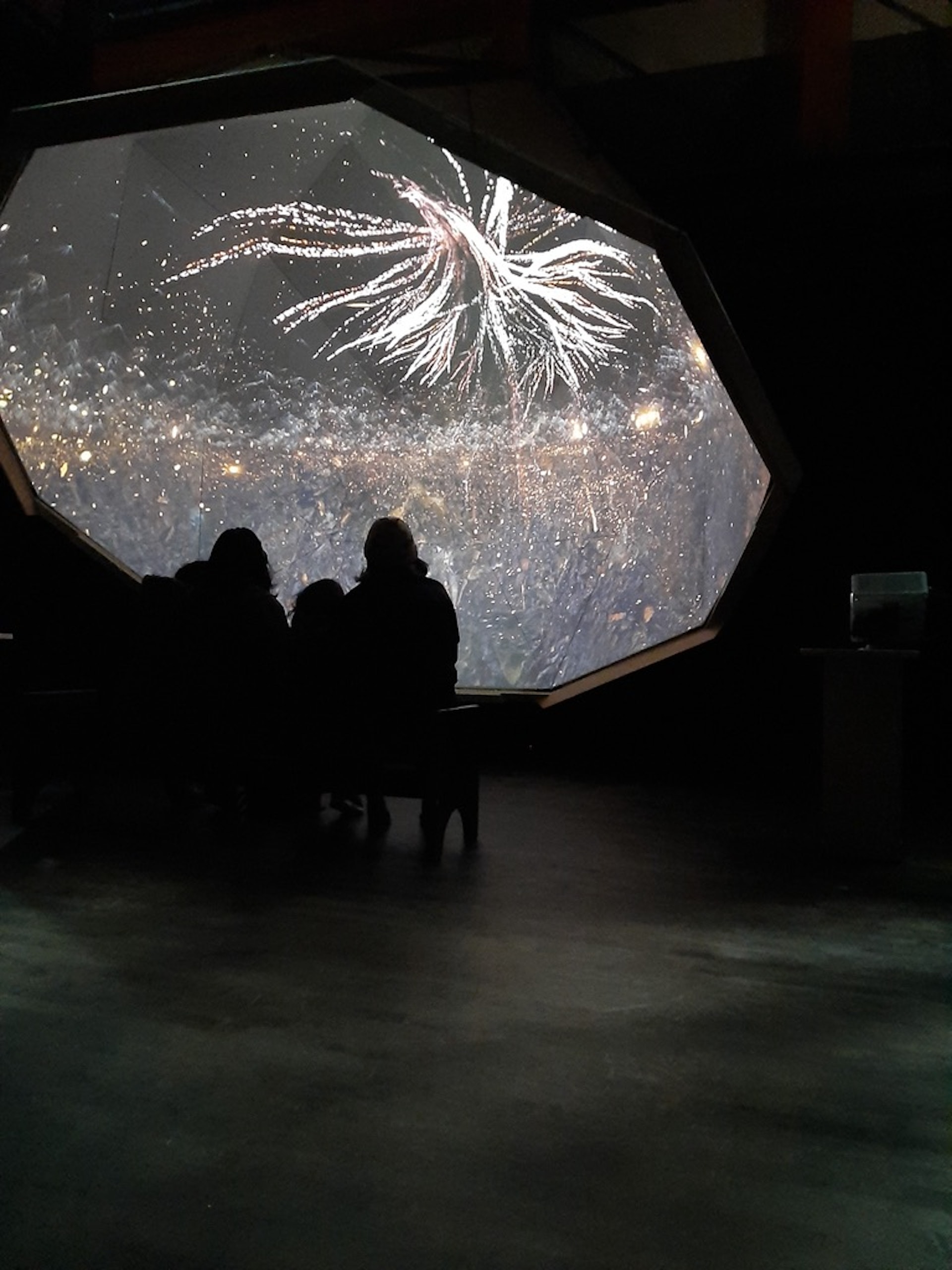 Enter MOA’s Haida House this summer for a 360° experience that takes you to the heart of a forest that has existed since the last Ice Age. Sanctuary offers both an immersive adventure and an ecological awakening.

Sanctuary (by Damien Gillis, Cease Wyss, and Olivier Leroux) is an ecological adventure—a feast for the senses, and an implicit call to action. This 360° projection takes you deep into a forest that has existed since the last Ice Age—and is now under threat. Inside a geodesic dome, built within the Haida House, viewers experience an auditory mix of music and nature sounds, with a wraparound view of an ancient forest. Hosted by Cease Wyss, this is a transporting experience: from the inside of hollow trunks, where black bears make their winter dens, to the precipice of a waterfall and other magical places, it offers the thrill of true immersion.

Cease Wyss is an educator, ethnobotanist, and media artist of Skwxwu7mesh, Stó:lō, Hawaiian, and Swiss descent. Trained by Indigenous knowledge keepers, she uses her art, her activism, and her teaching to raise awareness and bring about change.

Damien Gillis is a journalist and filmmaker. His documentary Fractured Land won Best BC Film at the Vancouver International Film Festival in 2015, and his writing has appeared in The New York Times, The Tyee, and elsewhere.

Olivier Leroux is an experienced VR Director and DOP who has taught VR journalism at UBC and works with the iM4 VR program at Emily Carr University.